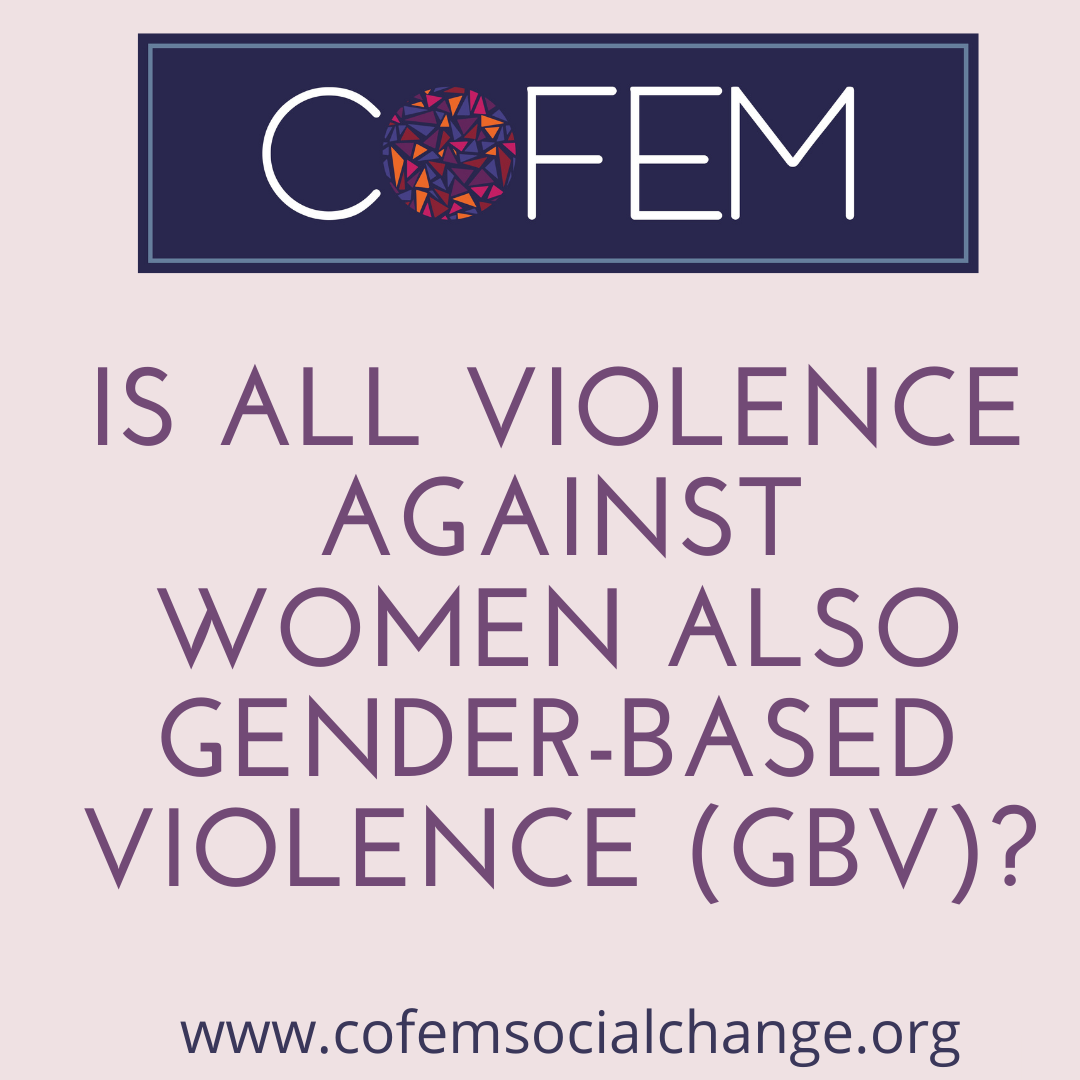 Doing justice to this question requires taking a trip down memory lane and revisiting the thought process that inspired the coining of the term ‘gender-based violence’ by feminist activists.

A feminist colleague and fellow COFEM member, recounting the energy and momentum leading up to the 1995 Beijing Conference, recalled “when we participated in the Beijing Conference, we were very clear that the patriarchy was a system designed to oppress and undermine women to the extent that they were considered second-class citizens. We had a politicized understanding of violence against women and girls (VAWG). It wasn’t just something happening to women in a vacuum, it was happening to women in relation to men. Someone was benefiting from it. Gender inequality meant unequal power between men and women. Talking about VAWG didn’t tell you who benefitted from unequal power, so we shifted gears and started talking about gender to highlight the power politics, which are at the heart of women’s subordination. The terminology of gender was meant to highlight the power relations between men and women and how they privileged men and created an androcentric world.”

Thus, the term GBV was coined by women’s rights activists to draw attention to the gendered nature of violence against women, and the fact that it is perpetrated overwhelmingly by men against women and reinforced by structural inequalities and systems of oppression, which privilege men over women.

So in a nutshell, yes, all VAW is GBV because it is rooted in power differences and gender inequality.

Given this background, how did we arrive at a place where we are asking whether all violence against women is GBV?

As this colleague said, “At Beijing, we pushed really hard for gender inequality to be recognized as not just a women’s issue to be dealt with by women’s departments, but as something that every government institution had to work on. Gender mainstreaming was the main strategy to be used to apply this lens. However, along the way, as we churned out gender experts to help bureaucratic institutions shift, the focus became more technical and less political. In order to get into and work with these institutions, feminists had to sanitize and play nice.”

For further elaboration of the points above, and on bringing an intersectional feminist analysis to bear in work on GBV, please see the COFEM Feminist Pocketbook Tip Sheets 2, 7 and 8.