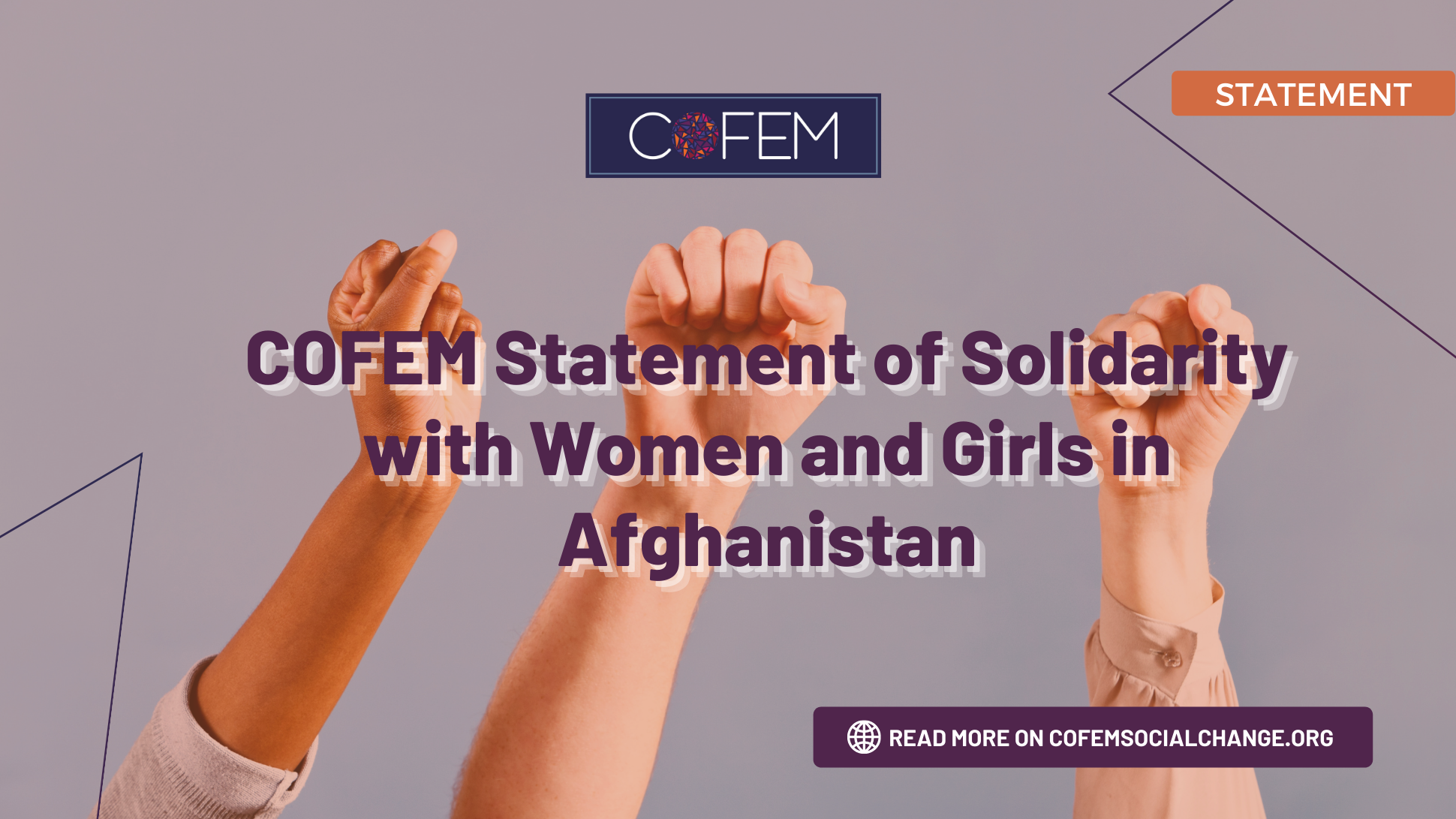 As a global network of feminists advocating for an end to gender-based violence (GBV), we stand in solidarity with the women and girls of Afghanistan as they face this terrifying and uncertain time that threatens to unravel their hard-won gains. We recognize that women and girls worldwide continue to face violence driven by the patriarchy, manifesting in countless forms in different contexts with the same underlying drivers.

We are appalled at the callousness displayed by imperialist powers – governments and INGOs who have abandoned the women and girls of Afghanistan when their support is needed the most. In doing so, they are sentencing them to oppression, violence, and in some cases, certain death at the hands of the Taliban regime. The brutality with which the withdrawal was undertaken magnifies the hypocrisy of ‘American exceptionalism’ and claims of ‘feminist foreign policies’ – highlighting once again what feminist activists across the world have long bemoaned – political expediency trumps the lives and human rights of women and girls who inevitably end up being caught in the crossfire.

The hopes, dreams, and aspirations of Afghan women are not dispensable. We are devastated at the imminent roll-back of Afghan women and girls’ basic rights under Taliban control. During Taliban rule in the late 1990s, women were denied fundamental human rights such as health care, education, and freedom of movement and subjected to public beatings and floggings. Claims that the Taliban have reformed and will afford women their rights under their current government cannot be trusted. Already, women are disappearing from public spaces, young women and girls being forced to marry Taliban fighters, female journalists and judges fear for their lives, and women and girls who’ve played sports in the past are considering destroying any evidence they ever did so. Even before the Taliban took over, there was an increase in targeted killings of civilian women.

We recognize that activists are among the most vulnerable due to their dissent and work, particularly those who have aligned and worked with NGOs and INGOs from the Global North and have provided support to them in any capacity. These allies benefitted from their support and now will doubtless face significant repercussions for their work and for speaking out. We also acknowledge the targeted attacks and ethnic cleansing of especially marginalized Afghan communities, including Hazara, Sikh, Hindu, and Shia Muslim people.

We demand that all significant imperialist powers, including the US, Canada, and NATO, negotiate the safe evacuation of Afghan women and girls who wish to leave, particularly women human rights defenders, facilitate visas, and ensure their safety and protection while leaving Afghanistan. We ask for trauma-informed and culturally relevant support for Afghan refugees and asylum seekers, including mental health support that addresses PTSD and intergenerational trauma that this conflict has brought. Every effort must be made to rehabilitate these Afghan women and girls in host countries and ensure that they do not encounter violence as refugees.

Furthermore, we demand the Taliban be held accountable for their actions towards women and girls and their violations of international human rights and humanitarian law. There can be no long-term peace until all Afghan women, including Salima Mazari, are safe and equal members of Afghan society. Most of all, we continue to amplify the demands of Afghan women who share their experiences and tell us what they need.

We laud the bravery of Afghan women who have pushed back against oppression and the violation of their rights in many ways. They continue to organize, resist and raise their voices wherever in the world they are and in whatever capacity they can. Today and in the coming weeks and days, we need to amplify the voices, work, and initiatives of Afghan activists, leaders, journalists, artists, and researchers. It is them and not us who must occupy the focus. It is time we listened.

Are you looking for options to support women in Afghanistan right now? Here are some suggestions: