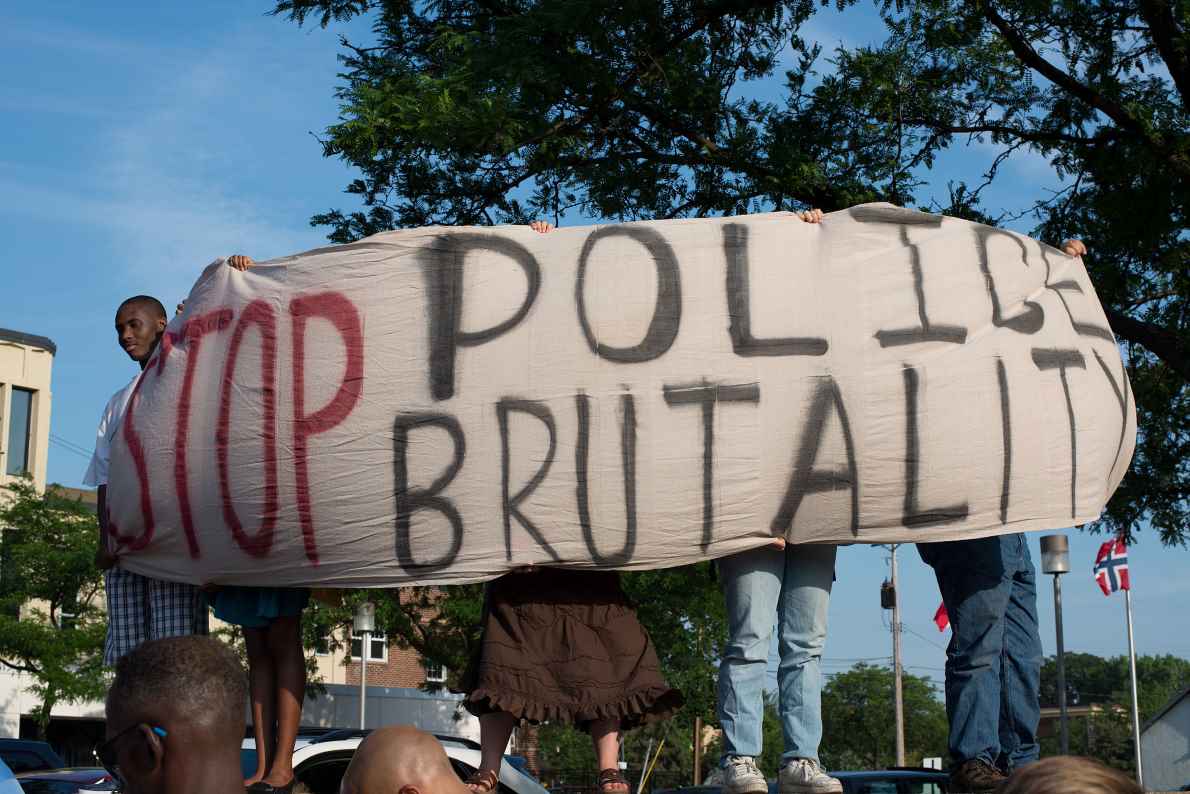 The policing and punitive justice systems that have been institutionalized around the world have not solely been committed to protect and serve, but rather have led to tremendous harm and different forms of brutality. Prevailing systems, laws, and societal norms have reinforced discriminatory behaviors and beliefs especially towards persons who are underserved, stigmatized, stereotyped, and whose historically excluded identities intersect–making them a vulnerable target of the criminal justice system.

Globally, police forces are the remnant of colonial rule. Policing and police systems were built to challenge and suppress local resistance to colonial governments, deeply rooted in protecting White supremacy and hierarchical forms of power. Eliminating police brutality begins with a reckoning with the racist/discriminatory, patriarchal and colonial history of policing. Collaborative processes to listen and implement the feedback of communities and groups impacted by the criminal justice and police system is imperative. The recognition of police brutality that exists within race, gender, caste, class, and other socially constructed identities can help facilitate more reflective, strategic, and intersectional processes where we can stand in solidarity and be action oriented.

Despite a worldwide pandemic, police brutality and inaction have contributed to senseless deaths of Persons of Color (e.g. Black, Brown), oppressed persons, and Indigenous people globally, increased violence against women and girls; sex workers face exacerbated oppression under militarized states, and transgender women have died due to brutal violence. There are countless narratives of different groups who experience state-sanctioned violence and a penal criminal justice system which have failed women and girls when it comes to GBV. The use of the police to enforce lockdown regulations, often increasing the likelihood of police brutality, insecurity, and violence. The pursuit for justice, equity, and inclusion continues to be voiced and a feminist lens can guide efforts for transformative change.

Despite the violence outlined above perpetuated by police forces, development funding and actors continues to be invested in strengthening institutions upholding “criminal justice” systems.While institutions and their representatives such as the High Commissioner on Human Rights make statements condemning police brutality, the actions and investment of these institutions suggest differing values and room for improvement. Institutions like the United Nations Peacekeeping Forces – who cite “strengthening rule of law” as a “critical task”–are well known for the violence against women and girls perpetuated by peacekeeping staff in multiple countries, and lack of accountability of the institution toward survivors. It is worth noting that in 2021, the United States was the “single largest financial contributor to United Nations peacekeeping activities.”

Support is also provided within the framework of international development funding. For example, USAID historically spent hundreds of millions of dollars investing in building out police forces globally, and in the 2020 fiscal year, at least 1 million USD was invested in law enforcement by USAID out of the 516 million USD invested under the umbrella of “peace and security.” This support, which may seek to advance security sector reform or rebuild police forces after conflict, sometimes replicates colonial policing models.

Police brutality and a punitive criminal justice system are feminist issues. As a group working globally on ending violence against women and girls in humanitarian and development settings, COFEM believes in a strong accountability system and encourage individuals, institutions, and societies to reimagine policing. However, to truly realize a just world, we must hold the same compassion for all people at the hands of state-sanctioned violence, and look to alternative forms of justice that do not exacerbate existing inequalities. Beyond Survival: Strategies and Stories from the Transformative Justice Movement and We Will Not Cancel Us are two such collections of hope and alternative visions.

adrienne maree brown states, “Movements tend to become the practice ground for what we are healing towards, co-creating. Movements are responsible for embodying what we are inviting our people into. We need the people within our movements, all socialized into and by unjust systems, to be on liberators paths. Not already free, but practicing freedom every day. Not already beyond harm, but accountable for doing our individual and internal work to end harm and engage in generative conflict, which includes actively working to gain awareness of the ways we can and have harmed each other, where we have significant political differences, and where we can end cycles of harm and unprincipled struggles in ourselves and our communities.”

The policing of women and girls bodies and their rights have been sanctioned through criminal justice systems that will not reform without the consistent and sustainable efforts of collective action. Utilizing a feminist framework that is culturally, regionally, and interpersonally affirming is crucial to dismantle oppressive systems, reinforce women and girls lead standards of justice and equity and bolster resources to accompany those impacted by police brutality and the criminal justice system.

This statement was written in collaboration with the following COFEM members:

Elizabeth Louis (she/her), is a feminist and psychologist based in Boston, MA, USA with a focus on trauma, mental health interventions, and community engagement.

Angela Kohama (she/her) is an inclusion specialist and feminist, committed to creating more equitable, inclusive systems and institutions at a local and global level. She brings a decade of experience working globally on workforce inclusion, economic development, education and global health. (The views expressed are my own.)

Zainab “Zee” Suliaman and Leah Goldman also contributed to this piece, and COFEM appreciates the review and feedback of other members.