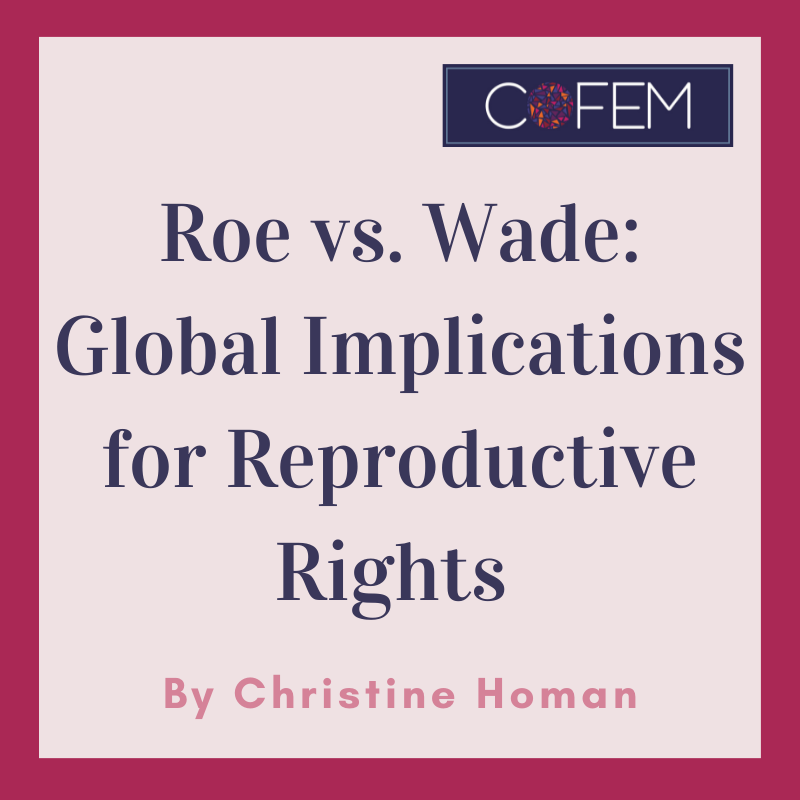 In 1973, the Supreme Court of the United States (SCOTUS) ruled that there was a right to abortion based on the implied right to privacy in the constitution in a case called Roe V Wade.  Prior to that ruling, the debate over abortion rights was generally non-partisan and state-based.  By the mid-70s, the anti-abortion movement had gone nationwide and positioned  itself along party lines and used that connection to the Republican Party to grow.  Over time, the Republican Party became the anti-abortion party and used judicial appointments to weaken abortion rights further.  The several decades of increasing pressure on republican nominees and officeholders to appoint anti-abortion judges resulted in a SCOTUS that is largely conservative and is poised to overturn this ruling.

On May 2, a leaked document showed that SCOTUS is perilously close to overturning Roe v Wade, the ruling that protects the right to abortion. While it’s important to note nothing has been legally codified yet, all indications suggest  it is highly  likely Roe v Wade will be overturned.

Overturning Roe v Wade will not save innocent babies. Let’s be very clear about that. All this will do is return the United States to a time when women had to resort to dangerous methods to obtain abortions.  This will keep women in abusive relationships from leaving.  This will mean children are born to parents who don’t want them. This will mean women carrying babies that are desperately wanted but cannot be born without great suffering to the child or mother will not have the option to choose how to proceed. Overturning Roe v Wade will not save lives. It will, however, erode women’s autonomy over their bodies and reproductive rights.  This is also setting the stage to erode the rights of other marginalized groups in the United States, especially LGBTQ+ rights.

While women in the United States will feel the most profound impact of this, there will be ripple effects worldwide. As one of his first acts in office, President Biden rescinded the global gag rule or Mexico City Policy. The Open Society Foundation says, “The global gag rule prohibits foreign nongovernmental organizations (NGOs) who receive U.S. global health assistance from providing legal abortion services or referrals, while also barring advocacy for abortion law reform—even if it’s done with the NGO’s own, non-U.S. funds.” With the repeal, organizations serving the most vulnerable women around the world will see increased funding. If Roe v Wade is officially overturned, it’s not hard to imagine the global gag could be reinstated, jeopardizing the health of millions of women worldwide. We have seen that during administrations that enforced the global gag rule, clinics that refused to comply lost funding and were forced to close. Globally, restricting access to abortion does not save lives; insteadit endangers them.

In any country, the women most impacted by these laws and policies will be the ones most marginalized based on class, race, nationality, sexuality, and other intersectional factors. Women with money will be able to find a way to obtain the healthcare they need. Low-income women will be forced to carry a pregnancy to term regardless of circumstances or consequences or seek potentially dangerous ways to end the pregnancy.

It is encouraging to note that the trend in the United States toward restricting abortion is not necessarily the norm around the world. The Council on Foreign Relations says, “The global trend in abortion law has been toward liberalization. Since 2000, thirty-eight countries have changed their abortion laws, and all but one—Nicaragua—expanded the legal grounds on which women can access abortion services.” Countries worldwide have reconsidered their abortion  laws in the past few decades, from Ireland to Argentina to Rwanda, and they have chosen to expand their rights, not restrict them. This shows us that if we continue to fight, we have the opportunity to achieve and maintain our rights, but we must never be complacent.

Our persistent organizing and movement-building can only combat the global prevalence of backsliding against women’s rights and gender justice. If you want to fight for abortion rights, contact your representatives, donate to abortion funds, attend a protest. Educate yourself on local resources and laws, find like minded individuals in your community and work with them to make sure rights are preserved for future generations.