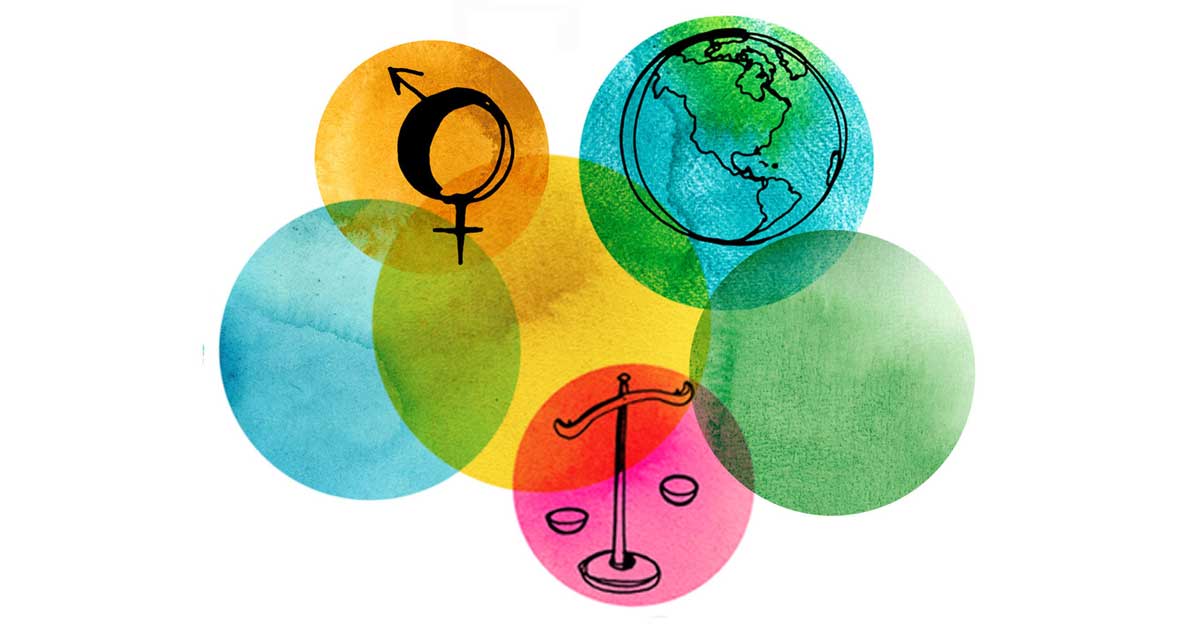 Written by Dr. Lina Abirafeh, Director of the Institute for Women’s Studies in the Arab World
This was first published on April 21, 2018 on Dr. Lina Abirafeh’s personal blog.
Permission to publish on the COFEM Blog was given by the author.

Last week I spoke at the Stockholm Forum on Gender Equality, an amazing gathering of close to 800 feminists, activists, and lots of others! I was the first speaker, and here’s what I said.

I wish I could have brought someone else with me. Her name is Salma. She is 18 years old. She is what we call “PRS” – Palestine Refugee from Syria (PRS) – and she’s now in Lebanon. So for our purposes that would make her PRSL. This acronym reflects the number of times she has escaped conflict, insecurity, poverty, and risked her life – for the possibility of a better life.

Salma has no passport, no documents, no resources, nowhere to go. She’s not the only one… Nearly 6 million refugees have fled Syria – and potentially more given what is happening. At least 1.5 million of these have ended up in Lebanon. And more than 50,000 of these are Palestinian. These are the people who are twice refugees and three times unwanted. And for women, the risks are greater.

In Lebanon, Salma has not found welcome – or safety. Because she is originally Palestinian, she is not covered by most aid programs – she risks falling through the cracks. She lives in a camp – in a room she shares with 8 others. She isn’t allowed to work in Lebanon. She’s not in school. For all this, she still has to pay to renew her visa every 3 months. And – she has no regular source of income. So she risks her own safety to survive.

Why do I tell you about Salma? Because we too easily speak of numbers, dollars, programs, acronyms – but it’s about people first. And work on women’s rights reminds us to focus on the individual woman – like Salma.

We’re here together launching this critical Forum. We are several hundred, in a world of 3.7 billion women. They can’t all be here, but we are. So while we’re here together, we need to ask ourselves – WHAT NOW? Where do we want to go from here? We need to tap into the GPS of our movement – plug in where we are, determine where we want to go, and evaluate the options that will get us there.

In Arabic, there’s a word…a word that implies a collective motivation to move forward, to advance, to keep going. It’s a word many of you might already know… that word is YALLA! So… what I tell myself today is YALLA, FORWARD! We need to forge ahead and go forward from here.

Here’s where we’re at, globally…

And… the one I hate the most… (it still makes my skin crawl every time I say it…) 1 in 3 women and girls worldwide will experience some form of gender-based violence in their lifetime. One in three.

Where do you begin to advocate for women’s rights when the world looks like that?! Nowhere to go but… YALLA, FORWARD!

Let’s go back to women in the Arab region. So, let’s say you’re PRSL…

We all know what that means…So now, let’s flip it.

What does that mean for women? And – not just for women. For families. For communities. For countries. This isn’t new – but it’s still true. So let’s make it work for us… YALLA!

Meanwhile, the region’s never-ending emergencies mean that insecurity is the new normal. We know what emergencies mean for women. But these crises also present the perfect excuse for side-lining women’s issues “for later”. The hypothetical “later” that never seems to arrive. Until we reach the mythical land of “later”, we’re fed a toxic concoction:

Start with patriarchy. Add new conservative movements. Sprinkle in some corruption. And bake in a bed of political and economic insecurity. BAM! Out of the oven comes a backlash against our own rights and freedoms… not a meal we’re going to eat!

The Global Gender Gap Report tells us that the Arab region is 580 years away from equality. Please dig me from the grave when we get there!

[As a random side note, in one of the final sessions people highlighted their key learnings from the Forum and someone actually said: “Because no one volunteered to exhume Lina, this must mean we’re going to achieve equality faster than 580 years!” We feminists gotta have a sense of humor!]

Living in the region that is ranked the worst – it can really only get better from here! And I refuse to wait 580 years! This isn’t just the Arab region – no one has a perfect record. This “equality business” is no short-term quick-fix thing. We need to be in it for the long haul – or not at all. And not at all is not an option!

So… what’s the good news?! Globally – we’ve got some stuff in our favor. Global goals – with global momentum and global movements! Consensus (kinda global!) that gender equality and women’s empowerment are human rights imperatives… and pre-requisites to achieving all goals. We have good examples – like Sweden’s feminist foreign policy. And we have this – a global forum to bring us together to move forward. We have all the necessary tools, evidence-based research, global guidance, good practice, solid arguments… So now… YALLA, FORWARD!

My fellow humanitarians know how to pack a “go-bag” – the essentials we take with us – the stuff we can’t survive without. What will we take back with us after these few days?  What are our essentials? I have three things in my go-bag:

[Well – it can be fun. Fighting for equality is both the joy and the rage of my life.]

Take a moment…. Look around you…This is our tribe. We are the driving force… we are the fuel.

Our FIRE is the strong feminist foundation on which we stand. It is our struggle against systems – not people. And against injustice – not individuals. It is our righteous rage… the rage that gives us courage… the courage that is contagious.

Look at the rise of independent movements… wearing in pink hats on our streets… shouting #MeToo online… calling “BS” to gun control. This is personal… personal spreads our political fire!

The FOCUS is our shared direction… our leverage and our legacy. Where can we best invest our energy? Where are the pressure points? How can we disrupt – and go bigger is smaller spaces? How can we best use the spaces we occupy?

We need to start where we stand! We need to reframe opponents to opportunities. We need to build unusual alliances. Maybe our biggest challenge to change is not opposition… maybe it’s apathy. Maybe our job is to ignite a global wake up!

We must be clear: the status quo is no longer acceptable. We need a systemic reboot – and it’s urgent. This is our historic moment. Don’t you think our tribe is up for the challenge?!

During these few days, let us FUEL – FIRE – FOCUS… and YALLA, FORWARD!

Me… I push forward where I now stand, at the Institute for Women’s Studies in the Arab World at the Lebanese American University. The Institute was established in 1973, making it the first of its kind. It is a quirky hybrid: academic and activist, national and regional, Arab and American. It is a bridge for the region – from the region. And a platform to instigate change for women and girls… like Salma.

I recently spoke at an event we organized on gender and fashion. It was stressful… I had no idea what to wear! When I finished, a student asked me:

Yes, I told her, I have to believe it. I wake up every day for this.